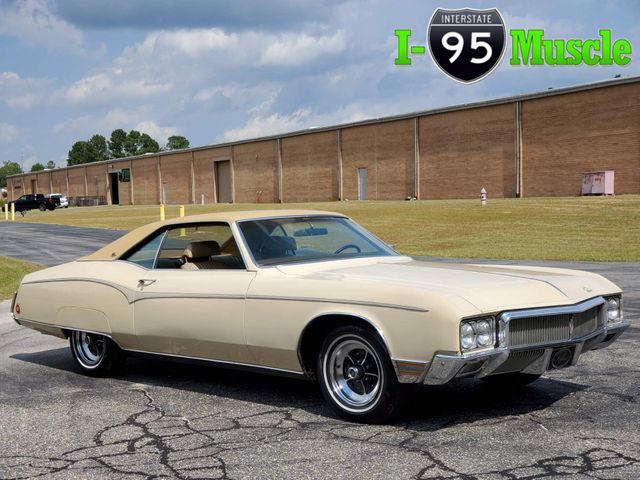 *This calculator is for informational use only and is based on the information you provide. Actual loan amounts and payments will vary based on additional items such as taxes and fees as well as the actual interest rate available to you from a financial institution.

The 1970 Riviera was restyled. Exposed quad headlamps were nearly flush-mounted, while the new front bumper wrapped around and over the new vertical bar grille, set between the headlamp pods. A newly optional side trim feature accented the large coupe's flowing lines. Skirted rear wheels became standard, with exposed wheels an option. At the rear, a new rear bumper/tail light motif was seen. The engine was upgraded to 455 CID, the largest engine Buick offered to date, rated at 370 horsepower and over 500 lb⋅ft of torque. Despite the fact that 1970 sales dropped to 37,366, the second-generation Riviera proved more successful than the first with 227,669 units sold over five seasons.  This particular one is in great shape with a new set of tires, battery, and radiator.  The A/C has been converted to 134A and still blows ice cold!  All of the blinkers, gauges, wipers, and windows work as intended.  Financing is available and trades are welcome.