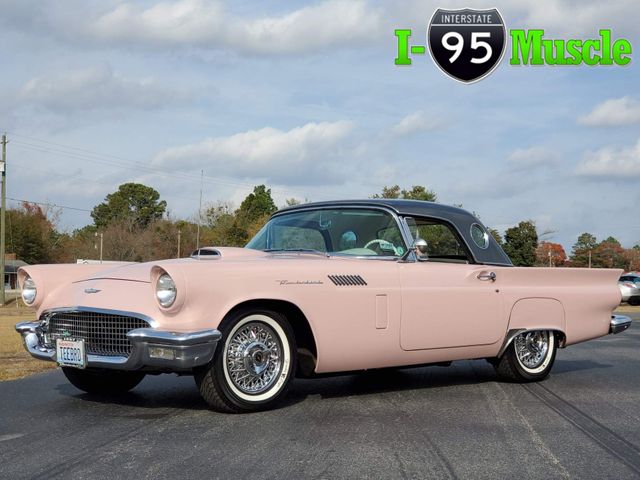 *This calculator is for informational use only and is based on the information you provide. Actual loan amounts and payments will vary based on additional items such as taxes and fees as well as the actual interest rate available to you from a financial institution.

Additional pictures are available on I-95 Muscle's direct website.

In 1955 Ford rolled out with something it hadn't seen since 1938, a two-seater. The Thunderbird was developed by Ford to compete with the first-generation Corvette. Dubbed "a personal car of distinction", the car built on the heritage of the roadsters of the 30's, yet was making strides toward becoming the next evolution of a personal luxury car. The car was designed to be so lightweight yet accept such a massive V-8, it truly was the epitome of Hot Rodding. It did however focus more on driver comfort than speed, and because of this it was not a direct rival to the European sports cars.

If you're lucky enough to see a '55-'57 Thunderbird, chances are it won't be this nice. With all the amenities you would want in a luxury car like the 4-way power seats, an added easy entry/exit mode that moves the seat back so you can get in/out easily, a 312 cubic inch engine that made nearly 300 horsepower, and a whole list of things you wouldn't believe existed in 1957, you'll be left wanting nothing else in a car. and with only 21,000 made, I'm sure there's not many left. We accept trade ins and make financing easy! Just ask us how!